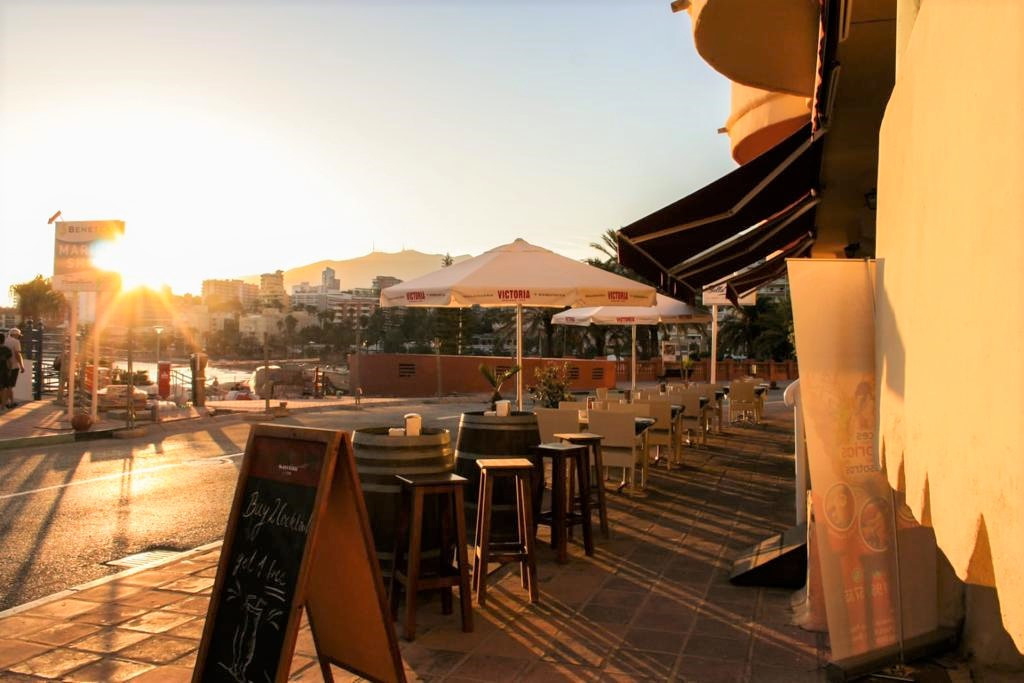 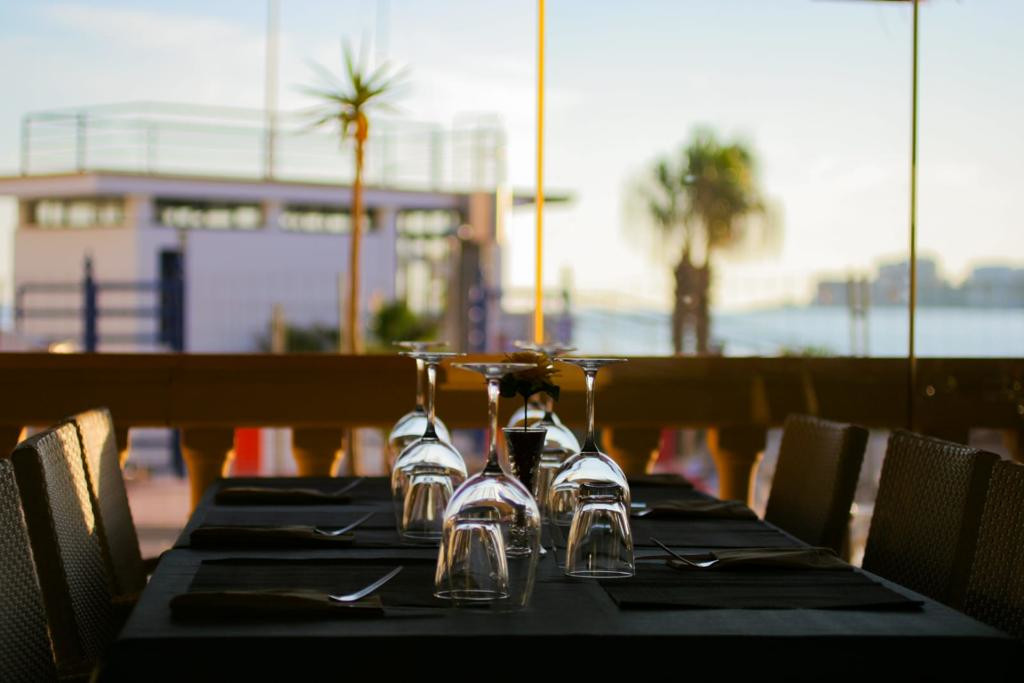 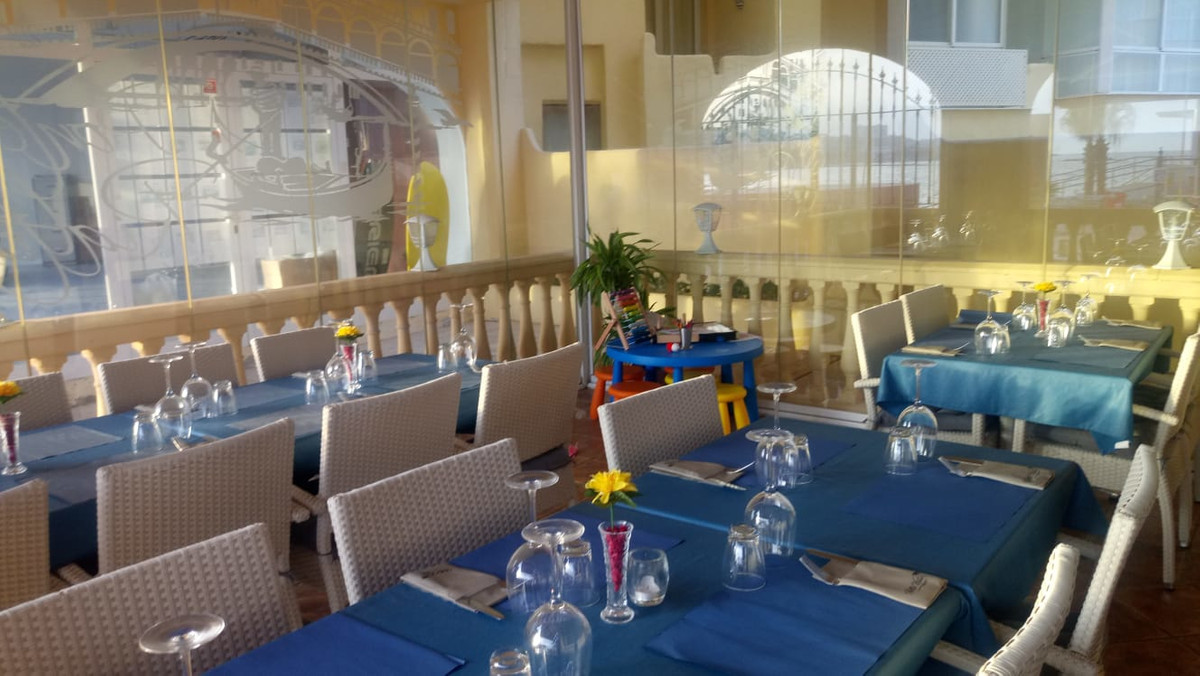 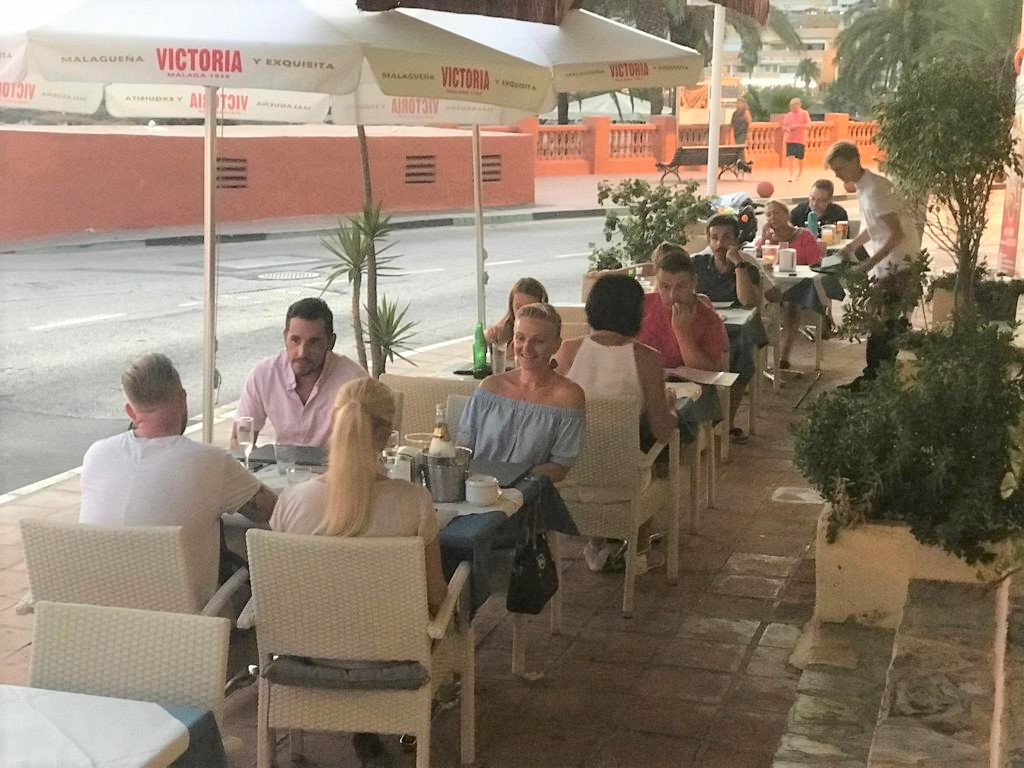 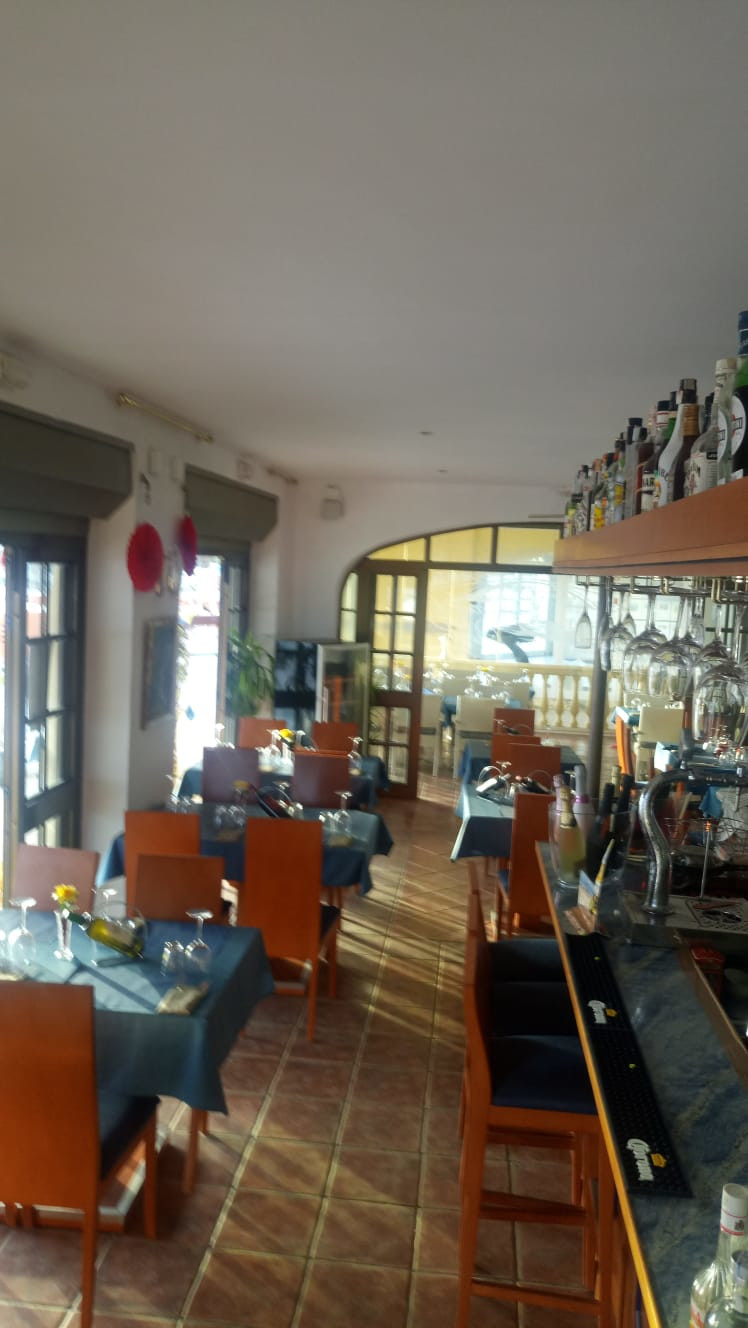 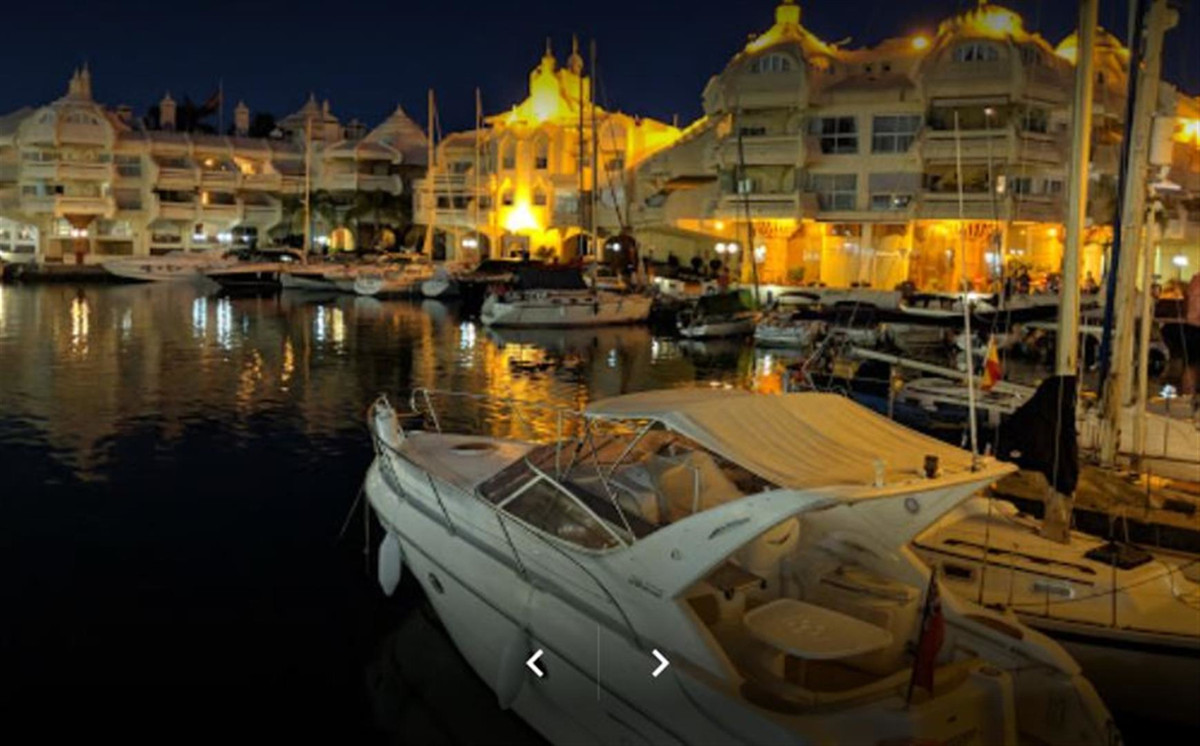 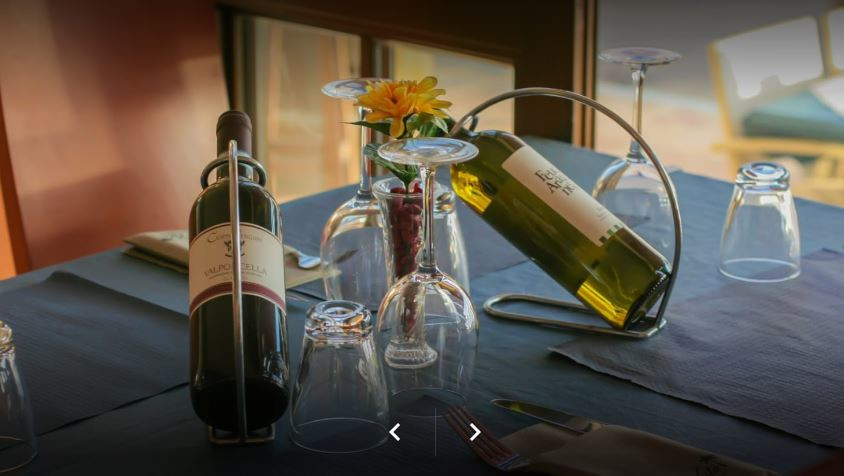 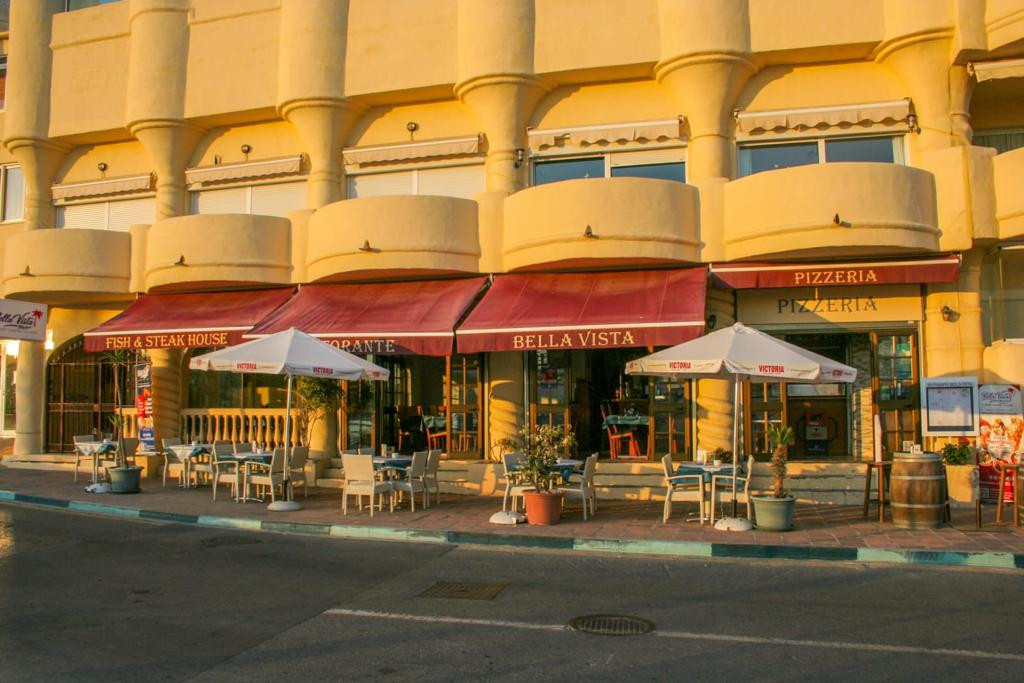 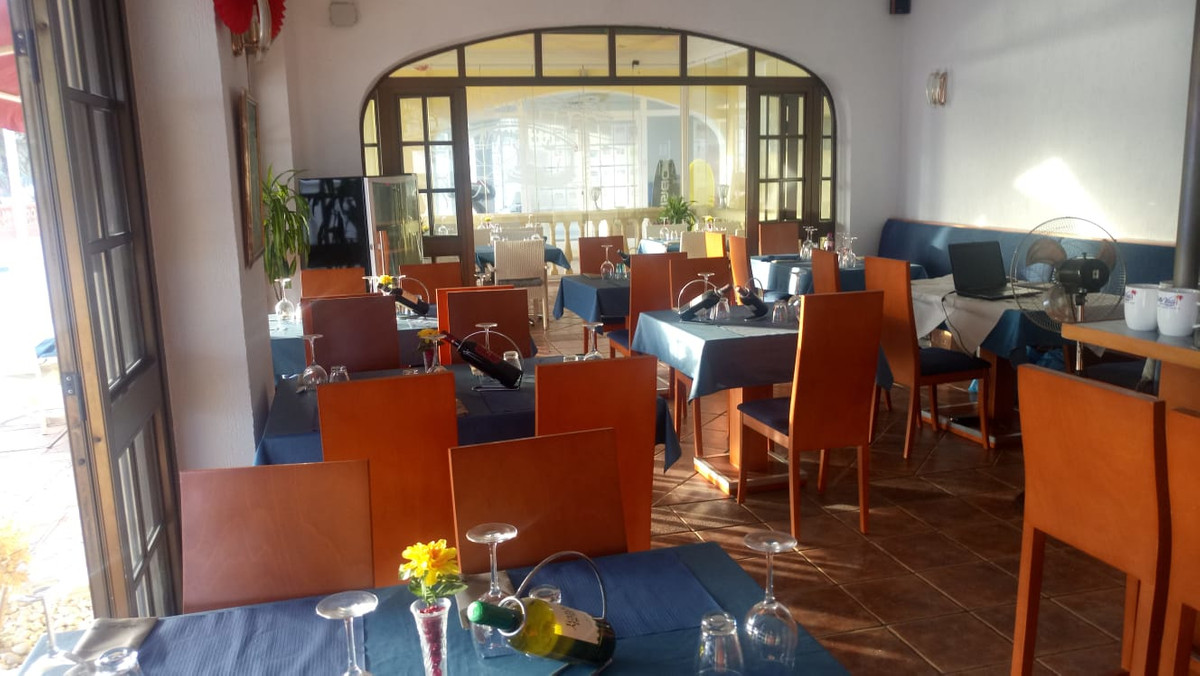 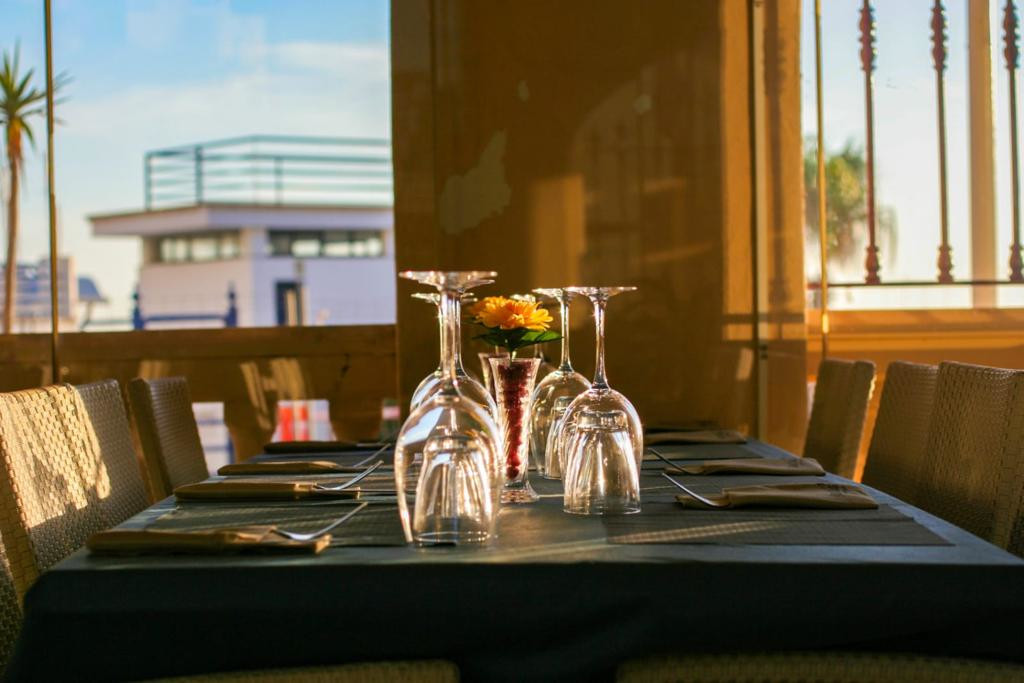 Commercial for sale in Benalmadena Costa

RESTAURANT FOR SALE IN COASTS MOST POPULAR MARINA. UNUSUAL CHANCE TO ACQUIRE A FREEHOLD BUSINESSS CURRENTLY TRADING AS AN INTERNATIONAL RESTAURANT OFFERING VIEWS OF THE BEACH AND THE SEA

Great opportunity to purchase a 72 seat restaurant which is serving an eclectic mix of Indian, Mexican and Italian food, although due to its prime location, it could lend itself to any other style of cuisine. The main restaurant comfortably seats 28, with a modern glass covered terrace for a further 22 and also an outside terrace accommodating another 22. All tables offer sea views.

The restaurant is fully equipped with all furnishings and fixtures making this ready to walk-in and begin trading from day 1. This has a cosy yet modern feel with its blue and white colour scheme and its traditional floor tiles.

There is a wooden bar with room for client to have a pre-dinner drink. There are ladies and gents toilets and a well equipped kitchen. The business is sold as seen with fridges, crockery, cutlery and glassware provided.
The kitchen is a generous size with stainless steel worktops, fridges, shelving, sinks, 2 pizza ovens and extractor.

GREAT OPPORTUNITY TO TAKE OVER AN ALREADY SUCCESSFUL BUSINESS IN THE COASTS BEST LOCATION. THERE IS ALSO HUGE SCOPE TO EXPAND THE BUSINESS.

Benalmadena is located 19km west of Malaga International Airport and sits in between the coastal resorts of Torremolinos and Fuengirola. Its average rainfall per year is 610mm and has an average yearly temperature of 18 degress. It has a population of 65,965 inhabitants. Benalmadena is one of the more popular tourist destinations on the Costa del Sol and is split into 3 main areas. These are the traditional and original settlement of Benalmadena, Benalmadena Pueblo, the cosmopolitan town of Arroyo de la Miel and the various areas that make up 10km of coast line, (13 beaches of which 5 are blue flag) that is Benalmadena Costa.
Benalmadena Pueblo is situated in the foothills of the mountains and about 5km from the coast. Most areas of this village offer breath taking views of the Mediterranean from Fuengirola to Malaga. The village attracts many day visitors as it has managed to keep its traditional Spanish village look with white washed walls, narrow flower filled cobbled streets and small plazas (squares) where traditional Spanish café bars reside. Many visitors enjoy the tranquillity of the village taken in a real taste of Spanish life whilst enjoying local cuisine and tapas.

Arroyo de la Miel is a small but modern town that lies between the village and the coast and is the central point for Benalmadena’s local and foreign expat community to dine, be entertained and shop. It is also home to Benalmadenas train station that links the resort to Fuengirola and Malaga via the airport. The bus service is similar to that of the village with a few additional routes that go to the urbanisations along the Benalmadena coast. This has made Arroyo de la Miel a popular commuter town. Here you will also find Tivoli World theme park, the cable car which runs to the top of the mountain and Selwo Marina, one of a handful of places in Spain where you can swim with dolphins. You will also find the famous Paloma Park with its native rabbits, peacocks and chickens and the lake, which makes this a great day out for children and adults alike. There is also an auditorium where musical events are held.

Benalmadena costa has a numerous and varied selection of hotels that align the beach front, the main road and side streets of this popular tourist destination. The main area of Benalmadena Costa lies between the award winning marina and the area of Torrequebrada which is home to Benalmadena’s only casino.
Within this area there are plenty of restaurants, bars, clubs and entertainment venues that cater for many nationalities. There is also the marina, offering a range of boating and water activities, a Sealife Centre plus a plethora of bars and restaurants.

This website uses cookies to improve your experience while you navigate through the website. Out of these, the cookies that are categorized as necessary are stored on your browser as they are essential for the working of basic functionalities of the website. We also use third-party cookies that help us analyze and understand how you use this website. These cookies will be stored in your browser only with your consent. You also have the option to opt-out of these cookies. But opting out of some of these cookies may affect your browsing experience.
Necessary Always Enabled

Any cookies that may not be particularly necessary for the website to function and is used specifically to collect user personal data via analytics, ads, other embedded contents are termed as non-necessary cookies. It is mandatory to procure user consent prior to running these cookies on your website.